since the last update of samsungs wear os a week ago, the yatse app can not be sorted in the app launcher of the galaxy watch 4. You can grab it and move it around but it stays down in the list and blocks also the sync of the applauncher to the samsung smartphone.

You can change it from smartphone but that will not be synced with the watch. Also all the sync from all other apps is not working when yatse is installed on the watch.

I hope you fix that soon, i often use your app daily. 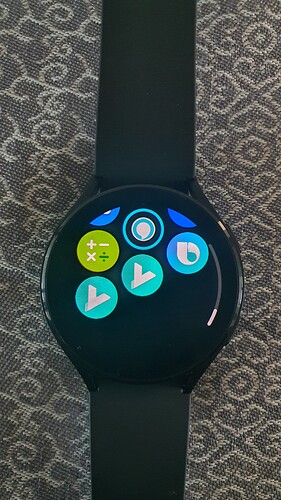 In my picture you see the yatse app 2 times at the end of the app list in the app launcher of the watch. I cant get it anywhere else then there… i want to have it on top where my most used apps are…

I cant move them correctly, they dont sort in the list only at the end.

If i try to move them they jump to the end of the list again and again and that changes also all other app positions coincidentally.

Im wondering why the app is twice shown, cause I have installed it only one time… seems both apps are the same app? Is that a bug maybe? Cause of samsungs wear os changes?

As said on Play Store please provide more details and screenshots as I have no idea what you are talking about.

This feature is not a standard thing that apps have control over, so I have no idea what I’m supposed to fix about what Samsung broke.

Do not edit post I do not have notification.

I confirm that I have 0 control over this, you need to report to Samsung so that they can fix on their side apps with Acitivity alias.

Thanks for your advice, I will contact samsung support.

5 Stars for your fast help.