I’m frequently using Yatse’s bult-in number keypad and “Tasker”, too. Since the bult-in number keypad has JumpSMS functionality integrated, I’ve created a scene in “Tasker” that is displayed over it (see first image), so that I don’t have to remember which number corresponds with which alphabetic character.

In order to detect the appearance/disappearance of Yatse’s bult-in number keypad and accordingly create/destroy this scene, I’m using “Tasker”'s internal variable “%WIN”, which allows me to get the label of the window that is currently in the foreground. If it is “1”, the scene is created, otherwise (as an “Exit task”) it is destroyed by “Tasker”. So far, so good.

The only problem is, that “1” is also used as the window label of “Yatse”'s “Go To” dialog to precisely select the time to seek in the media when its current position is between “1” hour/0 minutes/0 seconds and “1” hour/59 minutes/59 seconds… Of course, I don’t want my “JumpSMS” scene as an overlay in this situation (see second image)!

The solution seems to give the bult-in number keypad in “Yatse” an unique window title! Could you please do so and tell me the name of it so that I can adjust my task in “Tasker”?

Thank you in advance! 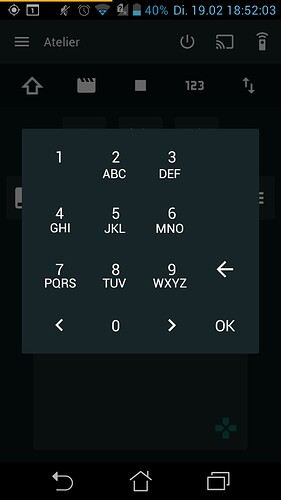 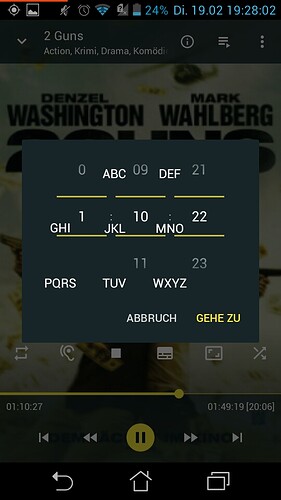 You need to ask more details on Tasker forums about what I need to do, or ask Joao to contact me about this issue.

I’ve send an email at Joao and asked him to contact you.

I don’t know whether Joao has contacted you in the meantime, but I have found the explaination for the “1” detected by "Tasker"s %WIN-variable.

Blockquote Window Label (monitored,dynamic)
%WIN
The label of the current window, which could be a full-screen activity or a dialog.
Not set if the label is unknown.
For some windows, the label might be that of the first item in the window e.g. a menu entry or even a button.

I’m thinking that would solve the problem!

Joao has contacted me in the meantime, he read what I have posted above and confirmed it.

I’ve sent him a mail but he did not answer

I won’t add horrible hack to fix something 1 user face once in a while sorry, I hope there’s a proper way to handle that with Tasker.

So as Joao said we finally found a way, thanks to him for the feedback and tests.

Next release will show proper titles in %WIN for those 2 dialogs.

Thank you very much!!!